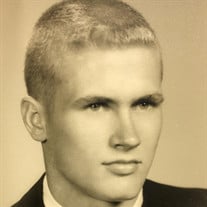 Kyle Turner, 76, of Orange, passed away on September 8, 2021, in Port Arthur. Funeral services will be 3:00 p.m., Friday, September 17, at Claybar Funeral Home in Orange. Officiating will be Michael Procella. Visitation will be held prior to the service at 1:00 p.m., Friday, at Claybar Funeral Home in Orange. Kyle was born on March 4, 1945, to Onnie Dean and Ruby (May) Turner in New Orleans, Louisiana, where Onnie was stationed the in the Navy in WWII. When Kyle was three months old, the family moved back to their original home place in Vernon, AL. Kyle graduated in 1963 from Lamar Co. High School. He then attended Florence State College in Florence, AL. In 1963, Kyle married Wanda Harris and They had two children, Christopher Kyle Turner and Tashia Renee Turner. In 1965, the family moved to Orange, where Kyle worked for DuPont as a lab technician until 1969 when his family moved back to Vernon, Alabama. Kyle went to work for AMBAC Inc. in Columbus, Mississippi as a lab technician. He and Wanda divorced in 1970 and he later married Janice Pierce of Starkville, Mississippi. Kyle and Janice had three children, Jennifer Elizabeth Broussard, Josh Young Turner and Enjoli Kylene Scales. After Jennifer was born, they moved to Orange where Kyle went back to work for DuPont. Janice and Kyle divorced in 1983 and in May 1990, he married Judy Landrum, whom he was married to for 31 years until his death. Kyle went to work for Solvay as a lab technician and remained at Solvay until his retirement. He was preceded in death by his parents, Onnie Turner and Ruby (May) Turner; two brothers, Johnnie and Jerry Turner of Orange; and sister, Mary Dean Hoots of Montgomery, Alabama. He is survived by his loving wife of 31 years, Judy Turner; children, Christopher, Tashia, Jennifer, Josh, and Joli; 12 grandchildren, Harrison and Dawson Turner, Tyler and Sierra Roberts, Zayne and Madison Trahan, Michaela and Kenna Turner, Vanessa VanNote, and Chase, Camron, and Caleb Scales; as well as his great great grandson, Carter Trahan. The family is especially grateful to Kyle’s granddaughter, Sierra Roberts, who is a nurse and was with him and cared for her grandfather during his hospitalization. In lieu of flowers, memorial contributions can be made to First Baptist Church of West Orange. Cremation will be under the direction of Claybar Funeral Home in Orange.

Kyle Turner, 76, of Orange, passed away on September 8, 2021, in Port Arthur. Funeral services will be 3:00 p.m., Friday, September 17, at Claybar Funeral Home in Orange. Officiating will be Michael Procella. Visitation will be held prior... View Obituary & Service Information

The family of Walter "Kyle" Turner created this Life Tributes page to make it easy to share your memories.

Send flowers to the Turner family.