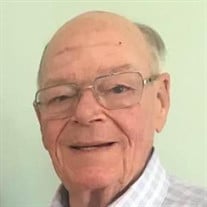 Timothy Corbin (Tim), 72, passed away peacefully at his home on Monday, November 15th, 2021. He was born September 20th, 1949, in Wood River, Illinois to Thomas and Betty Corbin (Connor). On February 10th, 1973, he married his wife of 48 years Barbara Corbin (Breitweiser). Tim had a life full of accomplishments, love, and fond memories. In his youth, Tim attended Wood River High School where he was the team captain of the football team, earning the titles of All East Conference and All Metro. Upon graduating, he received a full academic scholarship to Millikin University. Following his time in school, he worked for the Alton papermill before accepting a full-time operator position with AMOCO in his hometown of Wood River. In 1980, prior to the closure of the plant, he moved his wife Barbara, son Tom, and daughter Angie to Newport News, Virginia where he began his new career at the Yorktown Oil Refinery. Tim excelled at his career, promoting quickly from operator, console operator, training supervisor, and lastly superintendent. In 1984 he and Barb welcomed their third child, Elizabeth. Tim loved his family deeply. He was his son, Tom’s, #1 fan in both baseball and football, and his daughters’ biggest supporter in softball. He also coached T-Ball, Denbigh Youth Football, and his daughters’ softball team. Tim is survived by his loving wife, Barbara Corbin (Breitweiser), his daughters and their spouses Angela Gentry (Keith), Elizabeth Michael (Chett), his son Thomas Corbin and two sisters Dianna Adams (Whitey), and Denise Farrell; he was “Papa” to 5 granddaughters, 2 grandsons, and 1 great granddaughter. He will always be remembered by his friends and family for his sense of humor, and ability to make those around him laugh and smile. A private memorial service will be held for the family in the coming days. In lieu of flowers, donations in the honor of Tim Corbin can be made to the Boys and Girls Club of America.

The family of Timothy (Tim) Corbin created this Life Tributes page to make it easy to share your memories.

Timothy Corbin (Tim), 72, passed away peacefully at his home...

Send flowers to the Corbin family.