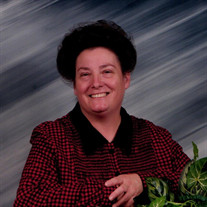 Sheila Kay Hinson, 66, of Porter, Texas, passed away on December 28, 2021, in Kingwood. Funeral services will be Wednesday, January 5, at Porter Apostolic Pentecostal Church in Porter, Texas. Officiating will be Reverend Christopher Bankard, Reverend Joel McCoy, Bishop Jerry Green, and Reverend Robert Edwards. Burial will follow at Bean Cemetery in Kirbyville at 3:30 p.m. Visitation will be held prior to the service from 10:30 a.m. to 11:00 a.m., Wednesday, at Porter Apostolic Pentecostal Church. Born in Cleveland, Texas, on March 15, 1955, she was the daughter of Terry Winslow Brooks and Evelyn Lorraine (Johnson) Brooks. Sheila was an awesome cook and was known for her chocolate chip cookies. She lived her life for God faithfully for 50 plus years and was a mighty prayer warrior. Sheila worked as a Sunday School teacher at her local church and worked as a childcare provider at First Presbyterian Church in Orange. She was a faithful member of Porter Apostolic Pentecostal Church and attended North Orange United Pentecostal Church for many years. Sheila was a loving wife, mother, mother-in-law, grandmother, and sister, as well as a loyal and faithful friend to those who knew her. She left an impact on many lives in her short 66 years here on earth and will be greatly missed by those who knew and loved her. She was preceded in death by her loving husband, Eugene C. Hinson; parents, T.W. and Evelyn Brooks; and grandparents, Biddie and Harvey Johnson. She is survived by her children, Samantha Pitts and husband Justin of Porter, Tabitha Hartgen and husband Bobby of Bay Ark, and Melinda Abrego of Porter; grandchildren, Jonathan, Connor, Shannah, and Cayden Pitts, Caleb, and Tyler Hartgen, Lauren, and Elena Abrego, and Madison Porterfield; and she was looking forward to the arrival of her first great grandchild; and her siblings, Terry D. Brooks and wife Mary, Linda Jeffreys, Biddie Butler and husband Joe, Tina Fry and husband Ronnie, and Douglas Brooks and wife Evelyn. Serving as pallbearers will be Jonathan Pitts, Caleb Hartgen, Connor Pitts, Cayden Pitts, Victor Burden, Joe Butler, Jr., Brandon Fry, and Robert Smith. Honorary pallbearers are Tyler Hartgen, Richard Fry, and James Houston.

The family of Sheila Kay Hinson created this Life Tributes page to make it easy to share your memories.

Sheila Kay Hinson, 66, of Porter, Texas, passed away on December...

Send flowers to the Hinson family.