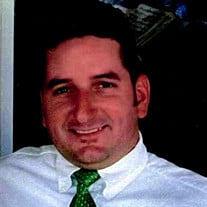 Shane Tesch, 43, of Orange, passed away on January 1, 2022. Funeral services will be 3:00 p.m., Saturday, January 15, 2022, at Claybar Funeral Home in Bridge City. Officiating will be Pastor Lance Faulkner. Burial will follow at Hillcrest Memorial Gardens in Orange. Visitation will be from 1:00 p.m to 3:00 p.m., Saturday, at Claybar Funeral Home in Bridge City. Shane was born in Port Arthur, Texas, on January 20, 1978, he was the son of Charles Brent Tesch and Sandra (Trahan) Kelly. Shane was a wonderful man with a heart of gold. He graduated from Bridge City High School and worked in Sales at Adler Tank Rentals. Shane worked hard to build a life he loved and a family he adored. Shane showed his love for you through his cooking. He loved to create new recipes and invite his family over to cookouts. Shane loved cooking gumbo and all cajun foods. He enjoyed being outdoors, often hunting and fishing any chance he had. Shane’s happy place was on the seat of motorcycle or behind a grill. He adored his family and they adored him. Shane left an impact on all those he met and will be deeply missed by all who loved him. He was preceded in death by his father, Charles “Brent” Tesch; and uncle, Adam Ray LeBlanc. He is survived by his wife, Amanda Tesch; daughter, Mariah Tesch; step-daughter, Bailey McCauley; mother, Sandra Kelly and step-father, Stephen M. Kelly; brother, Stephen James Kelly and wife Tiffany; and nephews, Stephen M. Kelly and Ricky L. Kelly. Serving as pallbearers will be Stephen M. Kelly, Stephen J. Kelly, Carroll Trahan, Clint Huckabay, Don Juneau, and Bryan Bock. Honorary pallbearers are his nephews, Stephen M. Kelly and Ricky L. Kelly.

The family of Shane Edward Tesch created this Life Tributes page to make it easy to share your memories.

Send flowers to the Tesch family.