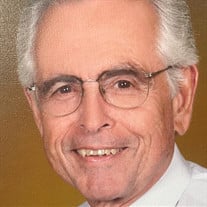 Samuel Frank Lucia, 76, of Orange, passed away on September 26, 2021. Funeral services will be conducted by Father Joseph P. Daleo on Monday, October 4, 2021, at 10:00 at St. Mary Catholic Church in Orange. Burial will follow at St. Mary Catholic Cemetery in Orange. Visitation will be from 5:00 p.m. to 6:30 p.m., with a rosary led by Deacon David Bonneaux to begin at 6:30 p.m., Sunday, October 3, 2021, at Claybar Funeral Home in Orange. Born in Orange, Texas, on May 16, 1945, Sam was the son of Michael Mitchell Lucia, Sr. and Margaret (Morrell) Lucia. He graduated from St. Mary Catholic High School in Orange. He received his Bachelor’s Degree from Stephen F. Austin University and went on to obtain a Master’s Degree in Education and Administration from McNeese State University. Sam was an educator for more than 45 years. His career began in the West Orange School District as a teacher/coach and then advanced to Assistant Principal, Principal, Director of Curriculum, Director of Finance and Assistant Superintendent of the West Orange-Cove Consolidated Independent School District. He relocated when named Superintendent of Palestine Independent School District, and then returned to his community as Superintendent of Bridge City Independent School District. Where, with his leadership and commitment to the students, he gained the community’s approval of a bond that allowed for the construction of a new high school. He directed the innovative design and construction of what is now the current Bridge City High School. After retirement from public education, he joined Region 5 Education Service Center as Director of Facilities. There, he continued to assist many Region 5 school districts in the construction of their facilities. His attention to detail and the work relationships that he developed with the staff at the various districts kept him busy. Sam was an avid outdoorsman, with a love for fishing, crabbing, boating, gardening, and spending time at the beach. Above all of his many passions, his greatest was his love for his family. He was the dearest husband, father, grandfather, and brother. Sam was a lifelong member of St. Mary Catholic Church in Orange where he practiced his deep and unending love for God. His family is sure that God welcomed him with wide open arms during their reunion at last. Sam will be deeply missed by all those he touched on life’s journey. He was preceded in death by his parents, Michael, Sr. and Margaret Lucia. He is survived by his loving wife of 34 years, Judy Elaine Lucia; children, David Lucia and wife Sandra of Bridge City, Jason Lucia of Humble and Erin Lucia and husband Steven of Ohio; step-children, Bobby Calhoun of Groves and Amanda Griffin and husband Scott of Groves; grandchildren, Lauren Eatman, Maggie Lucia, Andi Lucia, Cyrus Griffin, Noah Calhoun, Samuel Lucia and Gabriella Lucia; siblings, Rose Jean “Mikki” Lucia, Margaret Ann Lucia Duchamp and husband Charles, and Michael Mitchell Lucia, Jr. and wife Cindy; a great-grandson, Calum Dixson on the way; along with numerous nieces, nephews and other loving family and friends. Serving as pallbearers are Sam Lucia, Cyrus Griffin, Noah Calhoun, Chuck Duchamp, Drew Duchamp, Mike M. Lucia, III. Honorary pallbearer is Scott Griffin. In lieu of flowers, memorial contributions can be made to St. Mary Catholic School Foundation at 2600 Bob Hall Rd. Orange, TX 77630.

The family of Samuel Frank Lucia created this Life Tributes page to make it easy to share your memories.

Send flowers to the Lucia family.