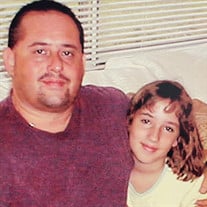 Ronald “Ronnie” Eugene LaChance, 60, of Orange, passed away on September 16, 2021, in Orange. Visitation will be Sunday, Sept. 26 at 1:00 pm until 2:00 pm for friends and family and the services will start at 2:00. Born in Danvers, Massachusetts, on May 21, 1961, he was the son of George “Bubba” Byrd and Melva Raye (Cornes) Byrd. He and his family later moved to Orange, Texas where he was raised with his three younger siblings: Jerry, Gary and Kim. Before retiring, Ronnie worked at Triangle Bolt for many years, as well as driving a tow truck on the weekends for Gilbeaux’s Towing. Ronnie was a true country boy. He had a wild and rebel spirit. The man loved the outdoors. He adored, and always looked forward to, fishing trips with his brother, Jerry, and going to the deer lease with his mom and dad. His favorite TV shows were about the outdoors as well, including Swamp People and anything that involved Bigfoot. You better have believed in Bigfoot, because if you didn’t, well be prepared for a lecture and a history lesson. He had a lifelong love affair with Alaskan snow crabs and boiled shrimp. If a restaurant was having an “All-you-can-eat” of either one, you better believe Ronnie would know about it. One of his many hobbies was rebuilding and collecting model cars. He would take them apart, tweak them, and put it all back together to make it his very own. He had over 100 different model cars that he completed and put on display throughout his house. He also had a strong passion for music and could be heard throughout the area driving around jamming out to songs like “Who Let the Dogs Out”, anything by The Gap Band or KC and the Sunshine Band, to name just a few. Those that knew Ronnie loved him like no other; even when he wasn’t the easiest to love. He could literally make you love him and hate him all at the same time. He always knew how to have a good time and was, no doubt, a jokester who can make you laugh till you cry and told stories like no one else could. His charm will be missed by all who knew him, and his memory will not soon be forgotten. He was preceded in death by his dad George “Bubba” Byrd and his grandmother Vernie Cornes. He is survived by his mother, Melva Byrd, by his two wonderful daughters, Chelsea LaChance, fiancé Jason, and Leah Debertolis, husband Michael, his brothers, Jerry LaChance, wife Cindi, and Gary LaChance, wife Julie, his sister, Kim Jackson, and his granddaughter, Jordyn Hartman. Also left to cherish his memories are nieces and nephews, Kealey Jackson, Skylor Jackson, Gerald LaChance, Jessi Manuel, Jodi Jones, Logan LaChance and Lindsey Trahan, along with countless other family members and friends. Serving as pallbearers will be Jerry LaChance, Gary LaChance, Gerald LaChance, and Pete Quast. Honorary pallbearer is Toby LeBert.

The family of Ronald "Ronnie" Eugene LaChance created this Life Tributes page to make it easy to share your memories.

Ronald “Ronnie” Eugene LaChance, 60, of Orange, passed away on...

Send flowers to the LaChance family.