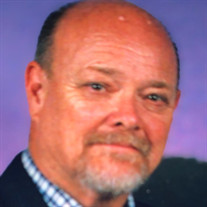 Robert Andrew Morgan (Bob), 79, of Willis, TX passed away on February 7, 2022, in Willis after a long fought illness. He battled for life until the very end while surrounded by cherished family members. Born in Kirbyville, Texas, on October 30, 1942, Robert grew up in Orange, Texas, graduated from Lutcher-Stark High School, and still frequented Stark High Class of 1960 reunions. Robert graduated from North Texas State University and went on to receive his doctorate degree from Cornell University in Ithaca New York. He began his teaching career as a professor at Wright State University in Dayton, Ohio and then taught at Union University in Jackson, Tennessee. He ultimately retired after a 25 year career as a tenured Professor at Southwestern University in Georgetown, Texas. While at Southwestern University, he spent most of those years as the Chairman of the Biology Department passionately teaching undergraduate students. As witnessed by the outpouring of letters and affection at his retirement, Robert was a positive influence on so many of his students’ lives and instrumental in advising many students for medical school. He is survived by his beloved wife Sondra Morgan. Robert began dating Sondra, the love of his life, in the eighth grade, and they shared 59 years of marriage. He is also survived by his three sons; Bob Morgan, Todd Morgan and wife Kimberly, and Sid Morgan and wife Kelley; grandchildren, Bobby Morgan and wife Jennifer, Kirstie Morgan, Molly Morgan, and Mia Morgan; great grandchildren, Peyton, Ava, and Ellie. He is also survived by his younger sister Elaine Oldbury and husband Burdette and his younger brother Bill Wilkinson and wife Billie. Robert and Sondra were always very close with Elaine and Bill and enjoyed watching all his nieces and nephews grow up; Brent Oldbury, Brad Oldbury, Corey Oldbury, Carrie Oldbury Wyble, Katie Wilkinson Delapasse, Karlie Wilkinson, and Keith Wilkinson. He was preceded in death by his father Robert Julian Morgan who died serving his country on March 3, 1945 and a recipient of the Bronze Star U.S. Army, mother Lucy Margarette Morgan Wilkinson Warren, and step-father W.N. Wilkinson. Robert was always known for his love of family, his passion for fishing, and his wonderful storytelling ability. Robert always had a joke to share and appreciated a good pun. A graveside service will be held at 12:00 p.m., February 10, 2022 at Hillcrest Memorial Gardens in Orange, Texas. Serving as honorary pallbearers will be Bob Morgan, Sid Morgan, Bobby Morgan, Todd Morgan, Bill Wilkinson and Burdette Oldbury. In lieu of flowers, memorial gifts can be sent to The Wounded Warrior Project.

Robert Andrew Morgan (Bob), 79, of Willis, TX passed away on February 7, 2022, in Willis after a long fought illness. He battled for life until the very end while surrounded by cherished family members. Born in Kirbyville, Texas, on October... View Obituary & Service Information

The family of Robert Andrew Morgan created this Life Tributes page to make it easy to share your memories.

Send flowers to the Morgan family.