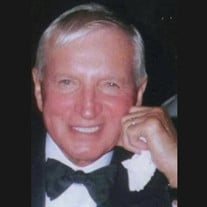 March 29, 2022 Robert W. Fogal, Jr. “Sonny”, was born September 7, 1935, in Beaumont, Texas, to Maurine and Robert W. Fogal, Sr. In high school, he lettered in football, baseball and basketball. He was elected to the student council and voted ‘class favorite’. He carried that same ‘class favorite’ charisma throughout his life. He became ‘top’ friends with everyone he encountered, ranging from virtually anyone on the street, to prime ministers met in his business dealings – each one receiving the same level of charm and respect. He loved people. He loved asking people questions about their lives. And he was generous with praise and compliments. He also had a selfless, service approach which created success for the many business and people he encountered. Starting at Levingston Shipbuilding in Orange, Texas, his career led him into international business development for offshore rigs. In the early 1970s, he joined a small, elite team who travelled to Singapore on behalf of Levingston, establishing a joint venture, which was subsequently named Far East Levingston Shipyard, or FELS. Today, Keppel FELS is the leading offshore rig designer and constructor in the world, operating 20 shipyards in several countries, including the US. He went on to sell and lead successful projects for several different companies including Baker Marine, Texas Drydock, Friede & Goldman and Zentech Engineering. He understood that people create business, and that strong relationships are the keys to a successful business venture. He created success for his peers, and for the companies he worked for. He took this same approach in his personal life with his family, friends, and everyone else he encountered. Over the years, his hobbies included weightlifting (which he continued into his 80s), tennis, jogging, canoeing, family vacations, skydiving, snow skiing, hunting. He travelled the world many times over for business and occasionally for vacation. Throughout his life, he visited over 50 countries, including China in the early 80s just after its Open Door Policy, and Russia shortly after the fall of the Soviet Union. He was preceded in death by his parents; sisters, Penny Kelley, Patricia Hoffpauir, Claire Covington; and stepson, Mark Hawkins. He is survived by his wife, Jordan Fogal of Wetumpka, AL; children, Robert Fogal, III and wife Thuy of Katy, Ron Fogal and wife Maria of Lake Charles, Jay Fogal and wife Felicia of Houston; stepchildren, Nicole Emerson and husband Mark of Houston, Lance Etheridge and wife Lulu of Katy, Courtney Etheridge and wife April of Miramar Beach, Ashley Ray and husband Ames of Wetumpka, AL; along with nineteen grandchildren and eight great-grandchildren. Serving as pallbearers will be Gabriel Walker, Nathan Etheridge, Jackson Fogal, Mitchell Brown, Zack Pepper, Blake Walker, and Kendall Thornhill. Funeral services will be 2:00 p.m., Tuesday, April 5, 2022, at Claybar Funeral Home in Orange. Burial will follow at Hillcrest Memorial Gardens in Orange. Visitation will be 12:30 p.m., Tuesday, at Claybar Funeral Home in Orange. In lieu of flowers, the family requests donations to St. Jude Children’s Hospital (www.stjude.org), or World Central Kitchen (www.wck.org).

The family of Robert W. Fogal Jr. created this Life Tributes page to make it easy to share your memories.

Send flowers to the Fogal family.