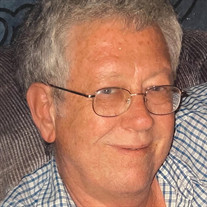 Peter Hamilton, 75, of Beaumont, passed away on February 7, 2022, in Lumberton. A memorial gathering will be held from 9:00 a.m. to 12:00 p.m., Sunday, February 13, 2022 at Claybar Kelley Watkins Funeral Home in Beaumont. Born in Minnesota, on September 7, 1946, he was the son of Peter Lewis Hamilton, Sr. and Ruth (Stegall) Hamilton. Peter attended Austin Jr. High and BHS Class of 1964. While attending BHS he was known for the coolest car in the class, a 1959 red, two seat Austin-Healey Roadster which he kept for many years. Peter served bravely in the United States Marine Corps during the Vietnam War. He attended Texas A&M when it was still an all boys military school, and was very proud of his Aggie Heritage. After his service in the Vietnam War he earned a Bachelor of Science degree in Psychology from Lamar University. Peter adored music of all kinds but had a special place in his heart for The Beatles and Led Zeppelin. In his spare time he enjoyed a good fishing trip and kicking back to watch football. Peter made friends wherever he went, with his innate ability to start a conversation with anyone and his skill to talk until he couldn’t anymore, almost always chatting someone up over the phone. He had a kind soul and a very generous heart. If there was someone in need, he was finding a way to help them or make their life easier. Peter was an incredible man and left his legacy for his family to cherish forever. In true Peter fashion, everytime he bid farewell to someone he would follow it with “God Bless You”. So God Bless You, Peter Hamilton, we know you were eager for your beautiful reunion with God. He was preceded in death by his parents, Peter and Ruth Hamilton; and brother, William “Bill” Hamilton. He is survived by his children, Jason Vandehough and wife Jennifer, Jason Ogden, Kristin Porter and husband Michael, Jennifer Hamilton, Jessica Marquez and husband Aaron and Kimberly Hamilton; 11 grandchildren; and one great-grandchild.

The family of Peter Hamilton created this Life Tributes page to make it easy to share your memories.

Send flowers to the Hamilton family.