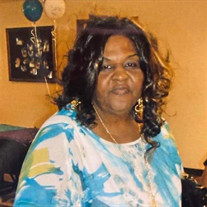 Melva “Mutt” Wiltz, 71, of Port Arthur, passed away on December 31, 2021, in Beaumont. Born in Lafayette, Louisiana, on January 31, 1950, she was the daughter to the late Louis Provost Sr. and Melva Broussard Provost. She was known as “Mutt” by all her loving family. On March 15, 1968, she married the late Arthur Charles Jr. and had 2 daughters, Antonette and Penny. Melva then married Glen A. Wiltz and had 2 sons, Fredrick and Jules. She divorced and enjoyed staying to herself enjoying her beloved family most of all. Melva was an LVN and worked at Park Place Hospital, St. Mary’s Hospital, and many Home Health’s in the area over the years until retirement. She also enjoyed drinking coffee and smoking her cigarettes when she could. Melva left an impact on many lives and will be dearly missed by those who knew and She was preceded in death by her first husband, Arthur Charles, Jr.; parents, Louis and Melva Provost; paternal grandparents, Edward and Ella Provost; maternal grandparents, Savannah and Betty Broussard; siblings, Ella Provost Wesley, Joshua, Louis, Sr. (Gloria), Wilfred, Leo (Vickie), Larry (Anita), Wallace (Shirley), and Warren (Barbara); as well as several uncles and aunts. She is survived by her children, Antonette Anderson and husband Elton, Penny Hadnot and husband Eric, Fredrick Wiltz, and Jules Wiltz and wife Latara; sisters, Ethel M. Moore of Baton Rouge, Eleanor Cook of Port Arthur, and Patrick Provost also of Port Arthur; 11 grandchildren; 16 great grandchildren; and a host of loving nieces, nephews, and other loving family and friends.

The family of Melva C. Provost Wiltz created this Life Tributes page to make it easy to share your memories.

Send flowers to the Wiltz family.