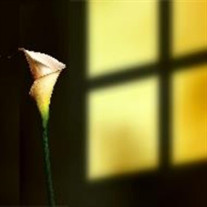 Marsha Sue Strahan Marshall, 74, of Orange, Texas, passed away after a short illness on December 26, 2021 at 8:15 am. Marsha was born on February 9, 1947 in Center, Texas. After a few years of living in Nacogdoches, Texas, the family moved to Orange, Texas. Marsha graduated from Little Cypress - Mauriceville High School in 1965. In 1970, she graduated from Stephen F. Austin State University with a Bachelor of Arts and began her career with the Texas Department of Health and Human Services as a Social Worker. She retired in 2002. It was through a chance meeting on one of her job assignments that she met the love of her life, Philip Darryl Marshall. The two of them were united in marriage on November 18, 1972. Marsha was an active member of St. Francis of Assisi Church in Orange, Texas. Her love of music was demonstrated through playing the organ and piano for church services as well as being involved in the choir for a good portion of her life. Her love of music was only surpassed by her love for animals. If she wasn’t watching animal programs on TV, she was taking her dogs for rides around town. Marsha had a generous heart and was a profound believer in charity, evidenced by many good causes to which she belonged. Marsha is survived by her loving husband of 49 years, Philip Darryl, her three beloved children, Kristin Marshall of Orange, Texas, Jason Marshall (and Michelle) of Cypress, Texas, and Tate (and Annie) Marshall of Los Angeles, California. She leaves behind two brothers, Ted Strahan (and Brenda) of Dripping Springs, TX and Don Strahan of Orange, TX. Marsha’s nieces are Amy Strahan of Houston, Texas, Bethany (and James) Valles of Cypress, Texas and Kelsi Strahan of Bridge City, Texas. She is also survived by her sister-in-law, Carolyn Brown, of Orange, Texas and her nephew, Corby (and Tronya) Brown, of Round Rock, Texas. Marsha also has two great-nieces, Laney Brown of Chicago, Illinois and Kylie Brown of Round Rock, Texas. Marsha is preceded in death by her parents, Frank and Ruby Russell Strahan as well as her many aunts and uncles. Marsha was very loved and will be greatly missed by her family and friends. In lieu of flowers, it was Marsha’s wish that you please donate to a charity close to your heart. No funeral or memorial service is immediately planned. The family will notify loved ones in the future when a service with Claybar Funeral Home in Orange, Texas will be scheduled.

Marsha Sue Strahan Marshall, 74, of Orange, Texas, passed away after a short illness on December 26, 2021 at 8:15 am. Marsha was born on February 9, 1947 in Center, Texas. After a few years of living in Nacogdoches, Texas, the family moved... View Obituary & Service Information

The family of Marsha Sue Strahan Marshall created this Life Tributes page to make it easy to share your memories.

Send flowers to the Marshall family.