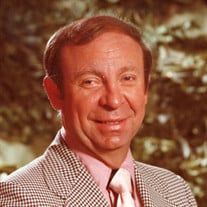 Gil Rector, 85, of Orange, passed away on June 7, 2021, in Beaumont. Funeral services will be 2:00 p.m., Sunday, June 13, 2021, at Claybar Funeral Home in Orange. Cremation will be held under the direction of Claybar Funeral Home in Orange. Visitation will be from 5:00 p.m. to 8:00 p.m., Saturday, June 12, 2021, at Claybar Funeral Home in Orange. Born in Nacogdoches, Texas, on August 29, 1935, he was the son of Norman Leon Rector and Leslie Allison (Pitts) Rector. Gil served bravely in the U.S. Army stationed in Germany attached to the 5th MASH Unit. After his honerable discharge, Gil returned to Beaumont,TX and began to pursue a career in Education. He earned his Bachelor’s degree from Lamar University and upon graduation began his 60+ years in education by teaching in Houston. He then moved back to Beaumont and taught at Forest Park High School while completing his Master’s degree at Sam Houston State University, and moving into an administrative role as the Assistant Principal at Forest Park High School.In 1974 he and his family moved to Orange, TX where he served as Principle of LCM High School for three years. He has also worked at Hamshire Fannett ISD, Lufkin ISD, and Hardin Jefferson ISD. He was an adjunct Professor at Galveston Community College and Lamar State College Orange. In his “spare” time he ran a successful business selling “Gil’s Goobers”, which he hand roasted and pies from a bakery in Conroe, TX. After his “retirement” he began teaching at the Jefferson County Youth Acadamy. He loved learning and passing his knowledge onto his students, and anyone within ear shot! Gil dedicated his life to education. He was an exceptional teacher and couldn’t go anywhere without running into former students, and remained proud of all of their accomplishments. Gil loved learning about German and Civil War history, reading, and studying comparative religions.. Gil attended First Christian Church in Orange where he cultivated many cherished friendships. He was lovingly referred to as “Pops’ by his granddaughter, whom he couldn’t have been more proud of. Gil enjoyed fishing, hunting, listening to all types of music, and loved reminiscing and sharing stories with his friends. He will be deeply missed by all those who came to know and love him. He was preceded in death by his parents, Norman and Leslie Rector and his brother Malcolm Rector He is survived by his daughter, Rachel Choate; son-in-law, John Scarchilli; and granddaughter, Callie Choate and numerous nephews, cousins, and dear friends whom he loved dearly.

The family of Marcus Gil Rector created this Life Tributes page to make it easy to share your memories.

Send flowers to the Rector family.