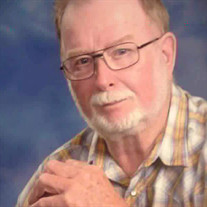 Louis Charles (Charlie) Corson, 79, of Orange, passed away on August 21, 2021, in Orange. Funeral services will be 2:00 p.m., Saturday, August 28, at Claybar Funeral Home in Orange. Officiating will be Dr. Stephen Samuel. Burial will follow at St. Mary’s Cemetery in Orange. Visitation will be from 5:00 p. m. to 8:00 p. m., Friday, August 27, at Claybar Funeral Homes in Orange. Born in Bronx, New York, on October 13, 1941, he was the son of Horace Corson and Catherine Hartmann Corson. Charlie served in the U.S. Marine Corp., after which he began a truck driver and spent his time on the road. When he wasn’t out traveling all around, he was a man of simple pleasures, spending time with his family and working on cars, he was a great mechanic. Charlie will be missed by those that held him dearly. He was preceded in death by his parents, Horace and Catherine Corson; loving wife, Alice Marie Bald Corson; son, James Edward Stone; and daughter, Sharon Marie Stone. He is survived by his children, Angela DeCecco and husband Steven, John Corson, Susie Finkbiner and husband Domenico, and Bruce Stone and wife Priscilla; grandchildren, Michael Bernacki, Nicholas Bernacki, Casandra Corson, Meagan Jones, Michael Finkbiner, John Andrew Corson, Haley Corson, Allison Stone, and Sarah Sykes; as well as great-grandchildren, Michael Bernacki, Joseph Jones, and Audrey Jones.

The family of Louis Charles (Charlie) Corson created this Life Tributes page to make it easy to share your memories.

Louis Charles (Charlie) Corson, 79, of Orange, passed away on...

Send flowers to the Corson family.