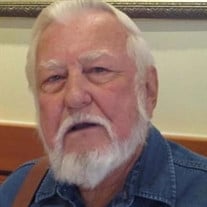 Johnny Bendy, 82, of Bridge City, passed away on August 17, 2021, in Beaumont. Funeral Services will be 10:00a.m., Saturday, August 28, 2021, at Claybar Funeral Home in Bridge City. Cremation will be held under the direction of Claybar Funeral Home. Visitation will be from 5:00 p.m. to 8:00 p.m., Friday, August 27, 2021, at Claybar Funeral Home in Bridge City. Born in Colmesneil, Texas, on August 29, 1938, he was the son of Allen Bendy and Marguerite “Maggie” Johnson Bendy. He was the 4th of 6 children. He attended school in Bridge City when it was known as Prairie View. As a teenager, he went to work for Texas Avenue Grocery and eventually became the Butcher for the Meat Dept. He developed a life-long friendship with Dick and Virginia Bevins, owners of the store. Johnny also worked for Livingston Shipyard, returned to work at Texas Avenue Grocery for a few years and eventually retired as a Tugboat Captain. He was owner of The Silver Cup and Poco’s Lounge in Bridge City as well. Johnny spent a number of years in the horse racing industry, owning several horses of his own as well as partnering with his brother Roy. His pride and joy was an ornery ole thoroughbred named Phil Poise. He also ran Quarter Horses and was partial to his palomino, “Trigger”. He developed many, many friendships through his racing years that lasted beyond the racetrack. In his retirement years, he and Ernie travelled around to craft shows where she would sell Needlepunch equipment, and he provided the encouragement and support. They lived quietly at the lake where Johnny enjoyed his fishing. He loved to run those trot lines hoping to catch that whopper of a catfish one day. When he wasn’t on the lake, he spent time outdoors with his gardening, chickens, wood chopping and many other activities around the house. He was a well-loved neighbor to those around him. Johnny’s love of gardening came from his parents, “Maw and Paw” who owned Bendy’s Nursery. He would plant a vegetable garden that provided for the family as well as anyone who came to visit. He kept a coop of chickens and had more yard eggs than you can imagine. The past 3 years, Sunday’s would find him in front of the TV watching his favorite “Mahomey” of the Kansas City Chiefs play football much to the dismay of his children (Dallas Cowboy Fans). Johnny loved old country music and practiced his singing voice at family gatherings. He wouldn’t hesitate to start up his version of Muleskinner Blues and it didn’t matter if it was in tune or not. He was also known to break out singing All My Exes Live in Texas at any given time. Johnny never met a stranger and still had friends from childhood that were an important part of his life. He knew almost everyone in the early days of Bridge City and could still tell stories about his and those friends “escapades” in their younger years. He spent the last several months living in Bridge City, reconnecting with old friends for morning coffees. Johnny was so loved by his family. He was Daddy and Dad to his children. He was “PawPaw”, “PapPaw”, and “PawPaw Johnny” to his grandchildren and great-grandchildren. He was “Brother” to Roy and Jerry. Uncle Johnny held a special place in his nieces and nephews’ heart. He was a simple man, who led a simple quiet life in his golden years and the world will not be same without him. The memories we carry will keep him in our hearts for eternity He was preceded in death by his parents, Allen and Maggie Bendy; loving wife of 27 years, Ernie Dartez Bendy; daughter, Dayna Bendy Gill; grandson, Tyler Ham; brother, Allen E. Bendy; and sisters, Florine LeBlanc and Francis Hoosier. He is survived by his children, Terri Fancher and husband Phil of Kirbyville, Dayle Bendy of Bridge City, and JoLynn Salazar and husband Roger of Orange; 14 grandchildren; 23 great grandchildren; numerous great-great-grandchildren; siblings, Roy Bendy and Jerry Hughes and husband Maac. Serving as pallbearers will be Phil Fancher, Roger Salazar, Shelby Gill, Kelton Brooks, Randy Harris, Brian Kay, Xavier (Azalea) Moreira. Honorary pallbearer is Noah Robinson. The family would like to extend a special thank you to Johnny’s nieces, Sherry and Pam, for their loving care they provided their uncle in his greatest time of need.

Johnny Bendy, 82, of Bridge City, passed away on August 17, 2021, in Beaumont. Funeral Services will be 10:00a.m., Saturday, August 28, 2021, at Claybar Funeral Home in Bridge City. Cremation will be held under the direction of Claybar Funeral... View Obituary & Service Information

The family of Johnny Bendy created this Life Tributes page to make it easy to share your memories.

Send flowers to the Bendy family.