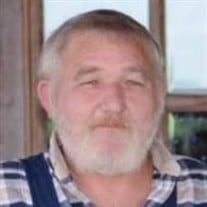 Jerry William Shepherd, 55, of Buna, passed away on March 6, 2021, at St. Elizabeth Hospital, in Beaumont. Born in San Diego, Ca., on June 13, 1965, he was the son of Billy Joe Leon Shepherd Sr., and Carol Sue (Easley) Shepherd. Jerry loved spending his free time in the outdoors, hunting, and especially fishing. He was a hard worker being in the oilfield for many years and he was very handy. Jerry enjoyed the simple things in life like spending time with his family. He was a loving husband, father, grandfather, and brother and will be deeply missed by all those who had the pleasure to know him. He was preceded in death by his parents, Billy Shepherd Sr. and Carol Shepherd; siblings, Billy Joe Leon Shepherd Jr., Nancy Sue King, and Jessye Dawn Dyson. He is survived by his loving wife of 20 years, Tanya Shepherd; daughter, Kellie Shepherd, of Buna; step-sons, DeWayne Sisco and wife Brooke, of Buna, Wesley Sisco and wife Victoria, of Buna; grandchildren, Johnathan Jackson, Loveda Jackson; sisters, Joan Denise Robertson and husband Terry, of Porter, Ok., Carol Ann Fregia and husband Richard, of Honey Island; and numerous nieces, nephews, and other family. Cremation will be held under the direction of Claybar Funeral Home.

The family of Jerry William Shepherd created this Life Tributes page to make it easy to share your memories.

Send flowers to the Shepherd family.