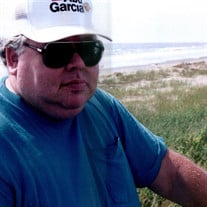 James Taylor Eastin, 77, of West Orange, passed away peacefully at his home in Orange, Texas on Monday, August 9, 2021. A memorial gathering will be held on Friday, August 13, 2021, from 4:00 p.m. to 7:00 p.m., at Claybar Funeral Home in Orange. James was born on October 13, 1943 in Orange, Texas to Mr. and Mrs. Frank Eastin. He was raised in Orange and attended St. Mary’s school, later graduating from Stark High School in 1962. He attended Lamar University studying engineering until he joined the Air Force two years later. He married Diana Fletcher on April 4, 1964 and together they had three children. James spent most of his career working in engineering across the United States designing offshore oil rigs, piping, and U.S. Naval ships. He enjoyed bowling in his younger years, and later sight-seeing new attractions and driving to new adventures. James had a big personality that attracted all those around. He adored his grandchildren and great-grandchildren who lovingly referred to him as “Pawpaw” and “Grandpa”. He will be deeply missed by all those he left in this lifetime. He was preceded in death by his parents, Frank Eastin and Margie McKeller; his sister, Mary Corbin; grandmother, Mary Young Eastin; and grandfather, James Ruby Eastin. Survivors left to cherish his memory include his wife of 57 years, Diana Fletcher Eastin; daughter, Dena Eastin McMullin; daughter, Kristi Eastin Williams; son, Gregory Eastin and wife Sherrie; grandchildren, Andrew McMullin, Shon Williams, Jacob McMullin, Allysa Richings, Lucas McMullin, Demi Richings, Wesley Williams and Dustin Williams; and three great-grandchildren; along with numerous loving family and friends.

The family of James Taylor Eastin created this Life Tributes page to make it easy to share your memories.

Send flowers to the Eastin family.