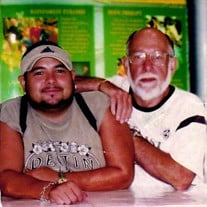 Jackie Ray Garrett, 76, of Orange, passed away on March 4, 2021 in Beaumont. A graveside service will be 2:00 p.m., Thursday, March 11, at Hillcrest Memorial Gardens in Orange. Visitation will be held prior to the service from 1:00 p.m. to 2:00 p.m., Thursday, at Claybar Funeral Home in Orange. Jack was born in Shreveport, Louisiana, on November 5, 1944. He graduated from Lutcher Stark High School. In August of 1967. Following high school graduation, Jack joined the United States Army. He served in Company B, First Special Forces, Green Beret Airborne Division and was stationed in Okinawa, Japan. He served two tours in Vietnam and was the recipient of the National Defense Service Medal, the Combat Infantry Man’s Badge, the Good Conduct Medal, and the PRCHT Badge. After his second tour, Jack and his family returned to his childhood home of Orange, Texas to begin their life together. He started a new career with Crown Zellerback for several years and finished the remainder of his working career with KBR, working locally and overseas until retirement in 2014. Jack would be described as an incredibly hard worker. He took great pride in providing for his family. Jack enjoyed fishing, hunting, and tending to his garden. His laughter, big heart, and sense of humor brought joy to so many. He will be remembered as a loving husband, father, brother, and friend. He will be deeply missed by those who had the pleasure of knowing and loving him. He was preceded in death by his parents, Red Garrett and Pat Garrett; son, Shawn Garrett; brother, Dalton Murthy. He is survived by his wife of 52 years, Toshi Garrett; daughter, Trisha Garrett; granddaughter, Veronica Ritchie; brother Mike Garrett, and wife Sandra; sister Beth Rach; sisters, Linda Murphy Quinley and Monette Murphy Remedies; and numerous nieces and nephews. Serving as pallbearers will be Gerald Rach, Michael Todd Garrett, Bryan Garrett, Gavin Garrett, Juan Ritchie, Craig Cormier, and serving as honorary pallbearers; Blake Garrett, Dylan Garrett, and Chase Boneau.

Jackie Ray Garrett, 76, of Orange, passed away on March 4, 2021 in Beaumont. A graveside service will be 2:00 p.m., Thursday, March 11, at Hillcrest Memorial Gardens in Orange. Visitation will be held prior to the service from 1:00 p.m.... View Obituary & Service Information

The family of Jackie Ray Garrett created this Life Tributes page to make it easy to share your memories.

Send flowers to the Garrett family.