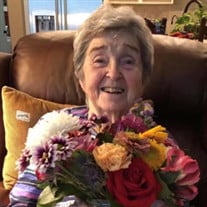 Frances Ligon Curtis, 93, of Beaumont, Texas, passed away on March 19, 2021, in The Woodlands, Texas. Funeral services will be at 2:00 p.m., Monday, March 22, 2021, at Wesley United Methodist Church in Beaumont. Officiating will be Rev. Rick... View Obituary & Service Information

The family of Frances Ligon Curtis created this Life Tributes page to make it easy to share your memories.

Frances Ligon Curtis, 93, of Beaumont, Texas, passed away on...

Send flowers to the Curtis family.