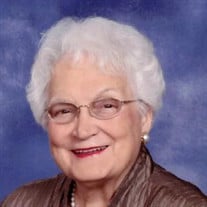 Elizabeth “Betty” Garrett Lundquist passed away peacefully at the age of 88 in Lubbock, Texas on October 13, 2021. Betty was born in Port Arthur, Texas on October 24, 1932, to William Henry “Sonny” Garrett and Pansy Elizabeth Garrett (née Doiron). After graduating from Thomas Jefferson High School, she earned her BA in English from the University of Texas in Austin and began her teaching career. In 1963 she married David Andrew Lundquist of Minneapolis, Minnesota, and raised two daughters while continuing her studies and receiving an M Ed in Special Education from Lamar University in Beaumont, ultimately completing many additional hours of post-graduate work, and earning numerous specialized teaching certifications. Betty was an active member of her local chapter of Delta Kappa Gamma, where she served as president, the American Association of University Women, and the Texas League of Women Voters. One of her greatest joys in life was teaching and working with children, and most of her almost 30-year teaching career was in the West Orange Cove Consolidated School District. During the final years of her career, she also taught adult English classes in the evenings at Lamar University in Orange. Often described as a force of nature by family and friends, Betty had a boundless enthusiasm for life, and was a woman of many talents. Those who knew her were also familiar with another one of her passions: singing and performing. A confident and talented performer, she was a long-time member of the Orange Community Players, and performed with several other theater groups in Port Arthur, Beaumont, and Wilmington, Delaware as well. Betty also had the distinct pleasure of performing with a Broadway cast of Annie Get Your Gun. Her favorite roles included Bloody Mary from South Pacific, Rose from Gypsy, Mrs. Paroo from The Music Man, and Lady Thiang from The King and I. Other great passions were travel, history, and involvement in and support of the Orange community. When her husband David was transferred to France, Betty embraced the move, and ensured that her family traveled extensively during their four years abroad. Travel played an important part of her life throughout the rest of her days. After retiring from teaching, giving tours at the Stark Museum of Art and the W. H. Stark House became favorite activities. Betty was also enthusiastically involved in the Heritage House Society, the Lutcher Theater Guild, Southeast Texas Arts Council, Orange Antique Study Group, Leaf and Petal Garden Club, and Chamber Musicians. Betty felt that the arts were vital and supported the Houston Grand Opera and the Symphony of Southeast Texas. A long-time member of the First Christian Church of Orange, Betty found much joy in her church family and spiritual home. Later in life, after the death of her husband David, she married Melville Hyatt and became a member of the First Presbyterian Church, where she served on numerous committees. She loved her church community, and the magnificent organ at the Presbyterian Church brought her great pleasure. Betty is survived by her two daughters, Ruth Brunson (husband Cliff) of Hobbs, New Mexico and Dru Anne Lundquist of Houston, Texas, grandchildren Laura Henderson (JB) of Lubbock, Texas, Price Brunson (Chasity) of Seaside, Florida, and great-grandchildren James and Vivienne Henderson, and Andrew and Beck Brunson. A memorial service will be 10:00 a.m. Friday November 12. 2021, at First Presbyterian Church in Orange with Reverend Bobby Daniel, pastor, officiating. In lieu of flowers, the family request memorial contributions be made to the Heritage House of Orange County at 905 West Division Street, Orange, Texas 77630 or Orange Community Players at PO Box 442 Orange, Texas 77630 . Arrangements are under the direction of Claybar Funeral Home in Orange.

The family of Elizabeth "Betty" Garrett Lundquist created this Life Tributes page to make it easy to share your memories.