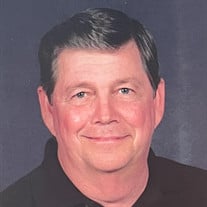 Douglas Franklin Dubose, 75, of Bridge City, passed away on June 20, 2021, in Beaumont. Funeral services will be 12:00 p.m., Thursday, June 24, 2021, at Claybar Funeral Home in Bridge City. Burial will follow at Hillcrest Memorial Gardens in Orange. Visitation will begin prior to the funeral service at 11:00 a.m., at Claybar Funeral Home in Bridge City. Born in Lake Charles, Louisiana, on August 16, 1945, he was the son of John Franklin Dubose, Jr. and Lanell “Nell” Lois (Perry) Dubose. Doug was a retired member of the Steel Workers Local Union 423 and the IBEW. He was an active member of St. Henry Catholic Church where he served his Lord & Saviour faithfully. Doug enjoyed attending car shows, keeping busy, and working on projects. His “other woman” as his wife often referred to her, was his Marina Blue ’67 Chevy Chevelle Super Sport, and he took great pride in driving her around. He was an incredibly hard worker, always going above and beyond to provide for his family and was a repair man extraordinaire. Doug was often referred to as “Poppy” and was an incredibly loving husband, father, grandfather and great-grandfather. He will be deeply missed by all those who came to know and love him. He was preceded in death by his parents. John and Nell Dubose; and sister, Charlotte Stone. He is survived by his loving wife of 56 years, Linda Jeanne Dubose; sons, John Franklin Dubose and wife Ann of Baytown and Paul Douglas Dubose and wife Lisa of Spring; grandchildren, Dustin Dubose and wife Leah, Nicholas Dubose, Ryan Dubose, Zachary Dubose, and Jaden Dubose; and great-grandchildren, Amelia Dubose, Nathan Dubose and Evelynn Grace coming in August; and siblings, Anna Rambin and Larry Dubose and wife Karen. Serving as pallbearers will be Dustin Dubose, Nick Dubose, Ryan Dubose, Zachary Dubose, Scott Dubose, and Jerry Fournet.

The family of Douglas Franklin Dubose created this Life Tributes page to make it easy to share your memories.

Douglas Franklin Dubose, 75, of Bridge City, passed away on June...

Send flowers to the Dubose family.