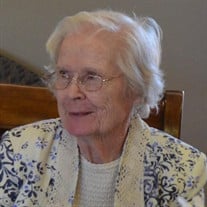 Dorothy “Dot” Havens Thomas, 94, of Beaumont, Texas, passed away on May 24, 2021 in Silsbee, Texas. Visitation will be on Thursday, May 27, 2021 at 5:00 p.m. followed by a funeral at 6:00 pm. at Calder Baptist Church in Beaumont. Dot was born to Harry Havens and Emma Stires Havens on December 13, 1924 in Elwood Indiana. She was the fourth of five girls. Her sisters are Hilda Hinshaw, June Sargeant, Jane Hoover, and Nancy Johnson. Dorothy spent her childhood in Elwood, Indiana, where she graduated from High School. She then attended Perdue University where she met her husband, Frank A. Thomas, Jr. Dot married Frank in June 1947. During their 73-year marriage, they had three children: Sarah, Nancy, and Frank, III. The love and care of their family was always a priority, and they provided lovingly for them. Dot was an excellent cook and hostess and modeled hospitality for her children. Once all of the children were in school, Dot completed her college education, earning a degree in Home Economics in December 1972. Dot was also a devoted church member, particularly at Calder Baptist Church where she had the longest tenure. Dot was preceded in death by her beloved husband Frank Thomas in June 2020; her parents, Harry and Emma Havens; sisters, Hilda Hinshaw, June Sargeant, Jane Hoover, and Nancy Johnson.; and son-in-law Derry Tutt. Dot is survived by daughter Sarah Tutt of Fort Worth, Texas, daughter and son-in-law Nancy and William McLean of Silsbee, Texas, and son and daughter-in-law Frank and Vicky Thomas of Toledo Ohio; seven grandchildren, Elynne Tutt Hoyt, Thomas Tutt, Grant McLean, David McLean, Joy Thomas Hester, Jesse Thomas, and Jennifer Thomas Mercurio; and 15 great-grandchildren. Serving as Honorary Pallbearers are Dorothy’s loving grandchildren, David Mclean, Grant Mclean, Jesse Thomas, Elynne Hoyt, Joy Hester, Jennifer Mercurio, and Thomas Tutt. In Lieu of flowers, memorial gifts can be made to Calder Baptist Church in Beaumont, Texas. At Lamar, donations can be made in Dr. Thomas’s memory to Lamar University Foundation at PO Box 11500, Beaumont, TX 77710 or at www lamar.edu/give.

The family of Dorothy Havens Thomas created this Life Tributes page to make it easy to share your memories.

Send flowers to the Thomas family.