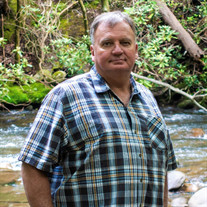 Bernard Alexander “Bernie” Berry, Jr., 63 of Moselle, Mississippi, passed away on September 22, in Beaumont, Texas. Memorial gathering will be 5:00 p.m. to 7:00 p.m., Saturday, October 2, at Claybar Kelley-Watkins in Beaumont. Born in Tylertown, Mississippi, on December 28, 1957, Bernie was the son of Bernard Alexander Berry, Sr. and Shirley Jean (Case) Berry. Bernie was a hard-working man that spent his days in the construction field for Bechtel Construction as a Superintendent. When he did have free time, it was always spent working in his yard, riding his Harley, or grilling a big meal while surrounded by his loving friends and family. Bernie will be deeply missed but always treasured by those that held him dearly. Bernie was preceded in death by his mother, Shirley Berry. He is survived by his father, Bernard Berry, Sr.; fiancé, April Lewis; daughter, Alora Berry and wife Sarah Irwin; stepdaughters, Gabrielle Lewis with her children, Emma and Konrad, Asia Lewis with her daughter Henley; siblings, Michael Berry and wife Shari, Carol Little and husband Milton; as well as many nieces, nephews, great nieces, and great nephews. Cremation will be held under the direction of Claybar Funeral Homes.

The family of Bernard Alexander "Bernie" Berry Jr. created this Life Tributes page to make it easy to share your memories.

Send flowers to the Berry family.