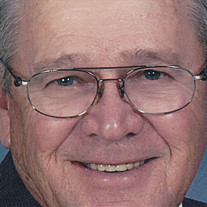 Roy Roberts, 88, of Orange, passed away on September 7, 2021, in Beaumont. Funeral services will be 2:00 p.m., Monday, September 13, at Silver Oaks Baptist Church in Orange. Officiating will be Pastor Ed Rawls and Pastor Damon Bickham. Burial will follow at Orange Forest Lawn Cemetery in West Orange. Visitation will be held prior to the service at 1:00 p.m., Monday, at Silver Oaks Baptist Church in Orange. Born in San Augustine, Texas, on September 4, 1933, he was the son of Sydney Albert Roberts and Thelma Jewel (Wade) Roberts. Roy proudly and honorably served his country in the United States Army and went on to graduate from Sam Houston University with a degree in agriculture. He was a jack of all trades and could do anything he put his mind to. Roy worked as a chemical analyst for Dupont Sabine River Works and was also the owner of Roberts Nursery for 20 years. He and his partner were the first to plant soybeans in Orange County. Roy was one of the founding members of Silver Oaks Baptist Church where he was an ordained Deacon. He was also an auctioneer and provided his services for many local organizations, charities, and schools in the area. In his spare time, he enjoyed hunting and fishing with his sons who he loved dearly. Roy was a wonderful husband, father, and grandfather who left an impact on many lives. He will be deeply missed by those who knew and loved him. He was preceded in death by his parents, Sydney and Thelma Roberts; son, Martin N. Roberts; and his twin brother, Harlon Ray Roberts. He is survived by his loving wife, Donna Roberts of Orange; children Jerry L. Hammers, II and partner Lori Nelson and Russell Allen Roberts and partner Myrna Childs all of Orange; grandchildren, Andrew, Colby and Celeste, Cody and wife Brittany, Jackson Roy and Mercedes, and Hunter; great grandchildren, Baylee, Paxton, Kayden, Jamee, Braxtyn, Caisyn, and Colton Roy; siblings, Thomas W. Roberts and Judy Bailey; as well as his special friends, Jacob, Elijah, and Gabriel. Serving as pallbearers will be Andrew Roberts, Colby Roberts, Cody Roberts, Jackson Roberts, Allen Gibbs, Prentice Scarber, and Bruce Hendricks. In lieu of flowers, memorial contributions can be made to Silver Oaks Baptist Church. Services are under the direction of Claybar Funeral Home in Orange.

The family of Arlon Roy Roberts created this Life Tributes page to make it easy to share your memories.

Send flowers to the Roberts family.